Anti-Innovation: 2 strikes in 2 weeks by port drivers…and it is only February

There is no silver bullet that will solve port congestion. Instead there are many pieces to the changing puzzle of port congestion, requiring solutions involving infrastructure investments, regulations of carrier equipment, and training and retaining a skilled workforce. Anti-innovation occurs when one of these pieces is neglected, deteriorates, and threatens to bring down the entire system. Neglect of the fragile reforms in the harbor drayage system, spurred by lack of enforcement, may tip America’s port towards anti-innovation.

While port officials in Los Angeles and Long Beach are focused on brick and mortar infrastructure so they can be “big ship ready” as Long Beach Harbor Commission President Lori Ann Guzman recently stated, port truck drivers have kicked off 2016 determined not to be forgotten. Port and rail drivers from behemoth XPO Logistics have engaged in two one-day unfair labor practice strikes in the past two weeks, and it’s only February. The strikes caused picketing at rail and port terminals where XPO Logistics trucks operate at the City of Industry Union Pacific Rail Yard, at Yusen Terminals Inc. at the Port of Los Angeles, and at other locations backing up cargo and causing hours of delay for hundreds of other drayage operators.

Pacific 9 Transportation drivers also continue to picket, demanding the company pay the nearly $7 million in final judgements certified by a California Superior Court Judge after Pac 9 failed to contest the determinations by the California Labor Commissioner over 38 driver wage claims.
Port drayage controversies are not confined to the Ports of Los Angeles and Long Beach. A couple of weeks ago, ten Port Metro Vancouver trucking companies filed suit against paying retroactive wages to drivers. The suit brings the Office of the British Columbia Container Trucking Commissioner and B.C. government to court. Unifor, the union representing about 400 drivers at these companies, responded in a statement:
“Last month at the bargaining table, we achieved long-term labour peace at the port, but these companies would rather drag us back into a bitter fight over wages,” said Jerry Dias, Unifor’s national president. “There is a wage floor that applies equally to all companies, but this lawsuit seeks to take money out of truckers’ pockets. It’s pure greed.”
In November following an audit of several of the port’s container trucking businesses, the Office of the British Columbia Container Trucking Commissioner ruled that the companies were not paying drivers the retroactive rates that was agreed upon in March 2014. This is a case study in progress on how a few committed bad apples can threaten innovation by refusing to abide by market rules and standards. 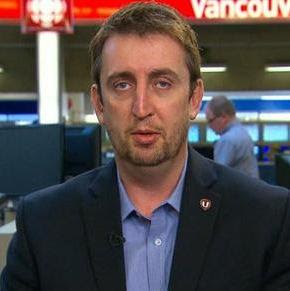 “Undercutting in this sector has always been a problem and now we see clearly which truck company owners want to continue to drive wages down. Shippers now need to play their part toward stability by refusing to do business with these companies who refuse to treat their drivers fairly,” said Gavin McGarrigle, Unifor’s B.C. area director. “The provincial government needs to mount a vigorous defense of its own legislation to make sure that truckers receive the full payment of all wages owed.”
Two different port drayage markets, two different countries, two different sets of rules and regulations, but the same problems threaten innovation at both ports. Stay tuned.
Port Innovations 3:35 pm